December 02, 2019
Blessings A Day 2019-Day 336
#Blessings2019
I am blessed:
That this morning when I got up I was not dragging even though I did mess up my sleep schedule over the break. I was able to get up and get going with no problem. However, I failed to shut my back up alarm off this morning so it was going off when I got home.
That I came home to quiet which was a good time to spend in prayer and meditation. I was able to sit for a bit quiet and try to hear God speak to me. It was really good.
That even though in the past few weeks I have found myself wanting to cry that God has been by my side and so have my dear friends.
That no matter how much my leg and knee hurt me a times I thank God that I am alive and well. I thank God that I am still able to walk. I thank God that nothing is going to get me down.

Popular posts from this blog 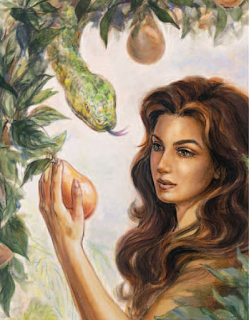 The first chapter is all about Eve. It is based on Genesis Chapters 1-4. In this chapter it talks about how Adam and Eve came into being. Then it talks about life in the Garden of Eden. It also talks about the Serpent (Satan). Then the chapter goes into what happed after they left the garden. As I read this chapter I began to imagine what the Garden of Eden must have looked like. It had to be very beautiful. I am sure that there were lots of flowers and trees. There even had to be a waterfall and a lake. I imagine that it smelled like all the different flowers that were there. It would have felt safe, cool, and inviting. The bible never talks about Adam and Eve having a traditional wedding, but they were married none the less. I think that there marriage had to have been one of give and take. They would have had equal partnership in the relationship. They would have gotten along. No fights to be had. Everything was perfect. I think that God planted Adam and Eve in this garden p
Read more

December 28, 2019
Blessings A Day 2019-Day 362 #Blessings2019 I am blessed: That I went to Yoga Class this morning. That today was a nice day. That I got to enjoy some quiet time. That God is hearing the prayers going up for Wyatt. That my special surprise present is ready for me to give tomorrow. I am so excited. That people are praying for me. That I got to update the Announcement Board at church for 2020. That God is with me all the time.
Read more

December 31, 2019
Blessings A Day 2019-Day 365 #Blessings2019 On this last day of 2019 I am blessed: That I have made it through another year. That God has saw me through so much this year. That I am walking into 2020 with God by my side. That I am declaring more good things over my life in 2020. That I am going to make some good habits happen in 2002. That I have had the experiences I did in 2019 that have helped me to grow. That I was able to keep my New Year's Resolution of posting a blessing each day of 2019. That I have some great memories of 2019. That Jesus is the Lord of my life.
Read more